What we learned from Jason Berry

REFLECTIONS on May 19, 2019 WEBINAR with Jason Berry 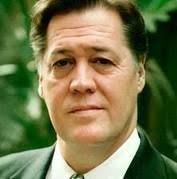 AUSCP Members and Friends enjoyed a two-hour webinar conversation with author Jason Berry, the first journalist to report on priest abuse back in 1985. He started with a local weekly in Louisiana, on a joint assignment with NCR. In the years since then his reporting has had a broad impact. He continues to share what he knows about this damaging dimension of our church.

The August 30, 2018 edition of the Washington Post published Berry’s commentary: Pope Francis is facing a crisis of justice. Here are three steps he can take. In early 2019 the National Catholic Reporter published a three-part series by Berry as part of its approach to last February’s Vatican Abuse Summit.  He has published several books, including Lead Us Not Into Temptation (1992),Vows of Silence (2004), and Render Unto Rome: The Secret Life of Money in the Catholic Church (2011).

During our conversation Berry shared depressing information but with it a hopeful perspective. He talked about the pattern of ‘one deception after another,’ ‘enculturated mendacity,’ and ‘systemic, institutionalized lying’ by church leadership. He also encouraged us by sharing his experience of society changing in New Orleans through the racial struggles of the 1960s to affirm that the church can change too. The Church must turn a corner, he said, and reverse her institutionalized deception.

Berry sees Pope Francis as a beleaguered leader struggling to find solutions. Francis needs a ‘critical mass of support’ for his persistent efforts for meaningful reform to succeed, he said. Berry also noted that we must be careful as we press for basic change in church structure, observing that the collapse of the Soviet Union generated high hopes for a restructured Russia, but what has emerged is a criminal state.

For Berry, parish units are essential for generating critical mass to support reform and Francis. Priests must speak about what Francis is doing on many fronts to effect change and to give the Church a new face.  We must, he argues, demonstrate that we are on the road to reform. God’s People need to hear priests acknowledge the reality of internal decay while also affirming the reform efforts underway.  Francis’ “sometimes scalding rhetoric” regarding clericalism, which Berry sums up as “the pursuit of power by the clerical culture at the expense of lay people”, deserves penetration deep into the ears and hearts of priests and hierarchs. Allowing people in our pews to be passive and incurious is unacceptable. All must be involved. This is central to Francis’ call for the church as a whole to become synodal  in its governance and way of life.

I summarize my take-away for AUSCP from this stimulating conversation in four points:

·      AUSCP must persevere in its mission by sticking to the story and cause of Vatican II, now a la’ Francis;

·      AUSCP and parishes must be an echo chamber for Pope Francis’ rhetoric and calls to action;

·      AUSCP must support priests in their ministry in a Vatican II direction on the parish level;

·      AUSCP must organize itself for long-term support of priests while persistently raising our Vatican II “pastoral voice of compassion, hope and joy in our pilgrim Church.”

Berry has been at it for over three decades already. AUSCP, going on eight years now, must gear itself to persist at least that long. Indeed, much further into the future for the sake of all God’s People.